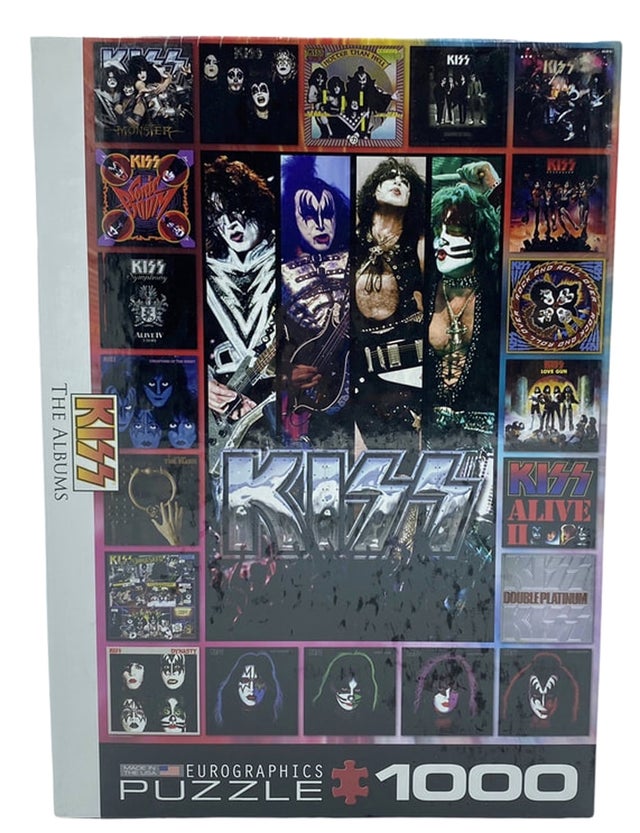 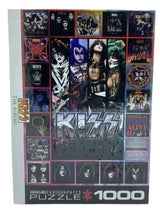 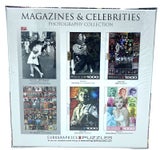 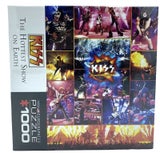 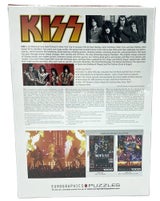 Two 1000-piece jigsaws, one “The Hottest Show On Earth” featuring the logo and photos from the last few years as well as one titled “The Albums” Which featured all their albums except the non-makeup and PSYCHO CIRCUS ones. Did the 80s/90s even happen?

Thanks to George Navarro for the extra pics!