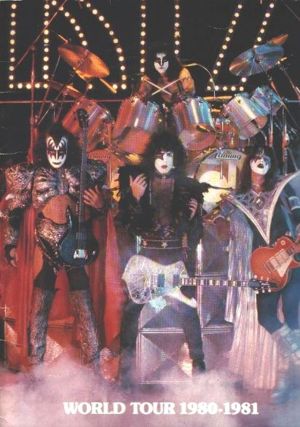 SKU:
A$0.00
Unavailable
per item
1980
For the tour that never actually hit 1981!!! ​Had 32 pages and was 9"x12". The initial tour book used an unretouched photo from Eric's debut show at the Palladium on the cover, which would later be airbrushed. This tourbook was available in several local flavours, with differing advertisements, for the countries the tour visited. Version 2 is considered the same as this, without the UK specific flyer; Version 3 is the version with altered German logos (which also includes some different pictures); and Version 4 is the Australian version which also features additional ads and alternate pictures. ​★★★★★
Take a look at all four versions here
Add to Cart