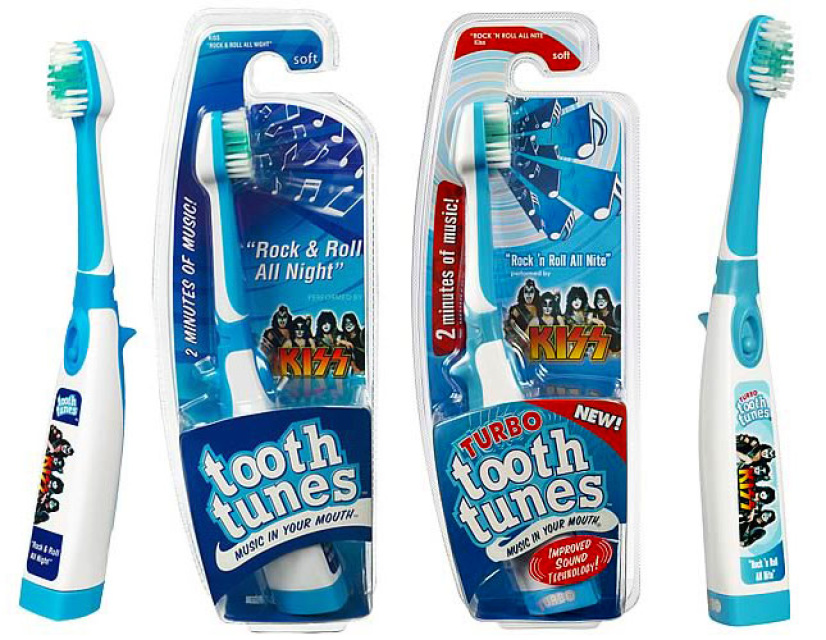 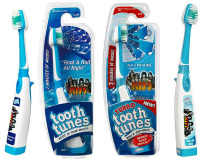 This product from the Tooth Tunes range plays Rock'n'Roll All Night (sic) as you brush your teeth. Like Paul Stanley says in the commercial "Brushing never rocked this hard". Not really sure what that actually means. A second Turbo version with better quality song was released later that year. Re-released in 2014 with new packaging. Another packaging version of the toothbrush appeared…This one by Arm and Hammer brand manufacture in Australia

Thanks to Steve McCarthy for the extra info and pic!