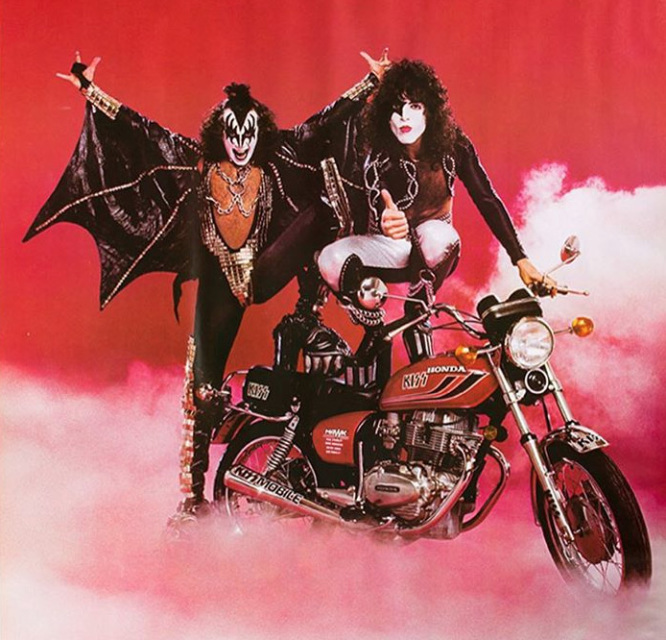 So rare, that except for shots for this poster, I've never actually seen a photo of one. Apparently, the posters were printed but the bikes never went into production. (Rumours persist that Gene gave one to Cher while they were dating). On a side note: Was this the first time Paul & Gene became the face of KISS without the other two?