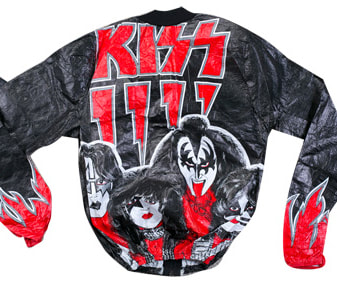 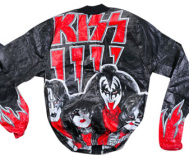 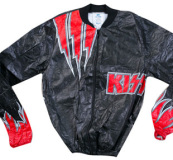 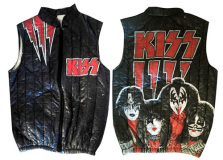 Featured the band in LOVE GUN era illustrations. Not as rare as you might think, as these pop up all the time on eBay. Came in XS, S, M, L, XL. An ultra-rare vest version was also made in prototype form but never mass released. Not many of these around.

Thanks to Donna & Brett Bartlett and Tom Mady for the pics!