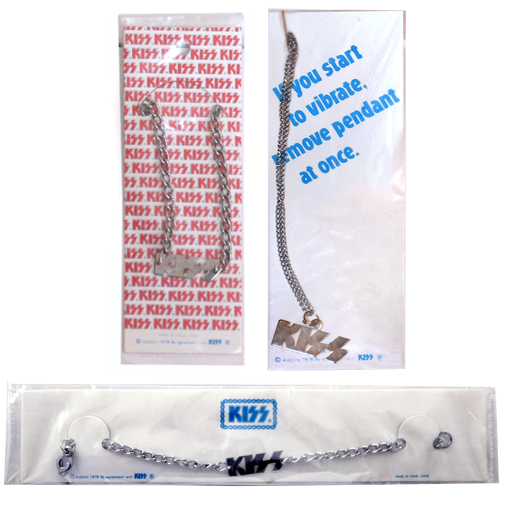 The choker on red backing card was the standard gift inside the 1980 Aussie Royal Easter Showbags, though the pendant did appear in some bags. The pendant borrowed its design from the Ace Frehley 1978 Signature Pendant. But removed both the maker and Ace's signature so it became a KISS card instead of just Ace. The bracelet also appeared in Australia around the same time.