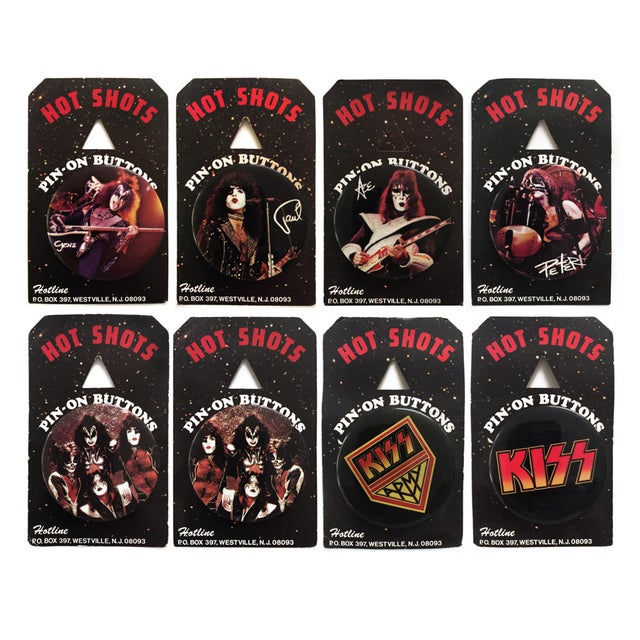 Seven 3-inch button designs, featuring one for each band member, a KISS Army logo, KISS logo and a DESTROYER era pose. The latter with the shot flipped, a later revised version of that pin was released with the pic around the right way. Worth more on the backing cards. The four solo shot pins were also released on red-carded backing called “MY HERO” instead of “HOT SHOTS” and from a different company called Idea Factory. The reverse star image, KISS logo and KISS Army logo were also marked as being released in 1976, and as well also appearing on a backing card called “STARLINE SERIES” from The Pinning Company, making it three companies that released the same badges!!! Additionally, there was a 6-inch version of the star background group shot!!!

Thanks to Ketil Nicolaysen for pic and info! Thanks to Per Strid, Tommy Cimmino and Darran Crowther for the additional info!