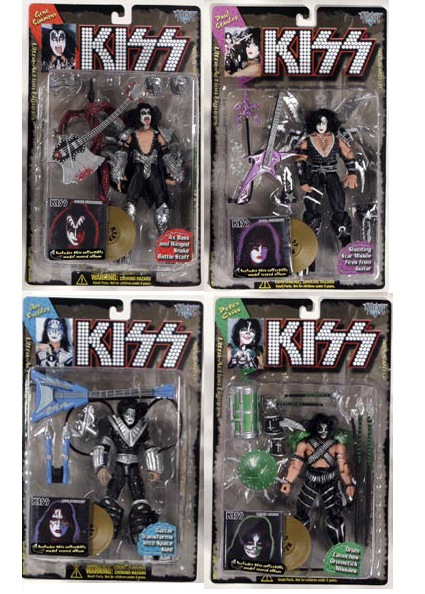 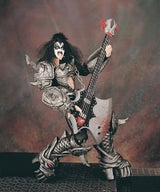 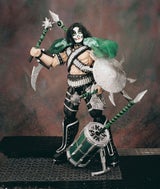 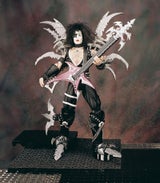 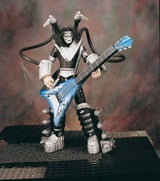 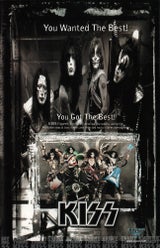 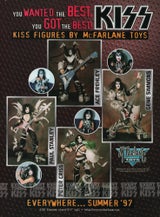 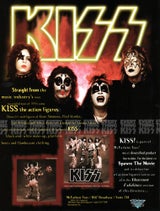 The first release from McFarlane included different weapons than before (Including Ace's surfboard guitar!). Four different versions were released: One with gold SOLO ALBUMS records, One with Black SOLO ALBUMS records and one with KISS letters! The fourth version was released with just the LP covers and no records.

Thanks to Dave Bardwell, Darren Moreash, Steve McCarthy & Robert Addison for the extra info and kissmuseum.com for the pic!