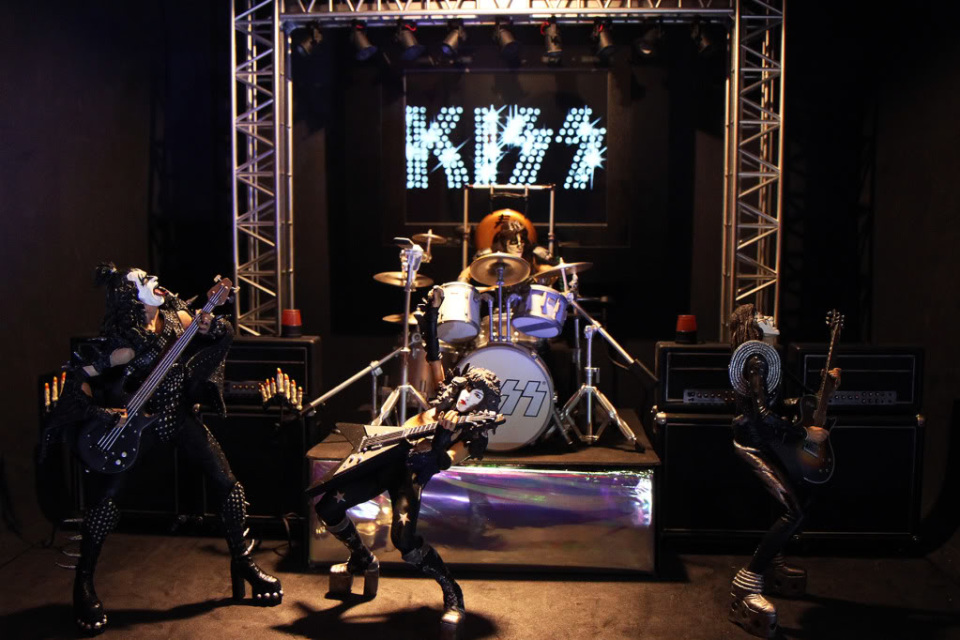 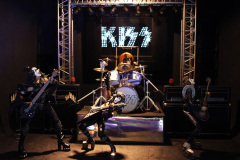 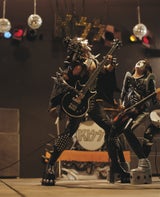 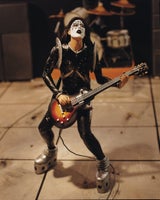 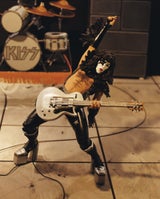 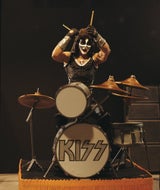 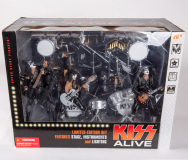 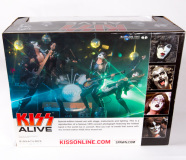 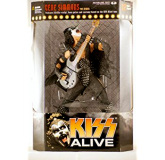 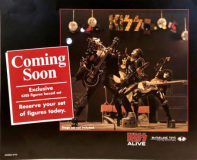 This set came both in a box set and sold separately. All figures were closely modelled on the ALIVE! album cover and respective tour. Came with amps and candelabra props. The single figures came with a black pick while the box set had battery powered lights (9 different coloured flashing lights) This set now is getting quite expensive. 7 inch high. A 12 inch version of the KISS ALIVE Gene Simmons toy was also released separately. The black pick also had two variants with and without names

Thanks to Steve McCarthy and kissmuseum.com for the extra pics!