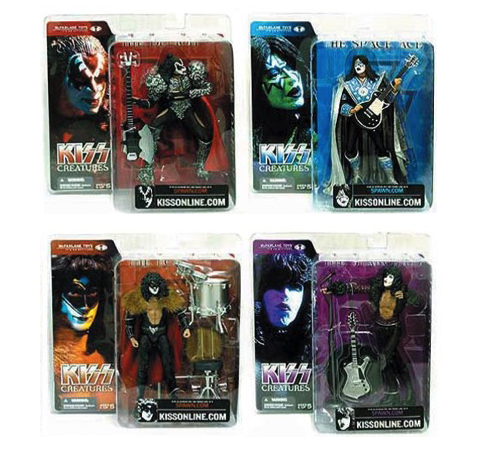 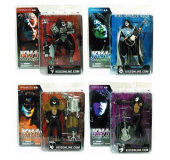 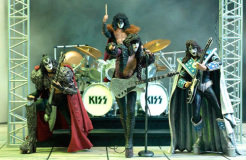 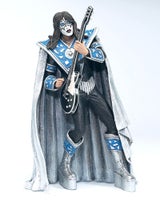 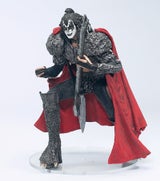 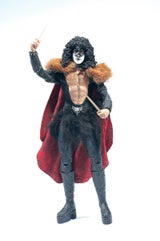 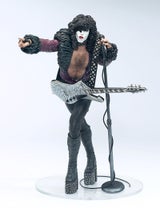 This based itself on the UNMASKED tour costumes (including Eric's first make-up design). Sold separately or in a deluxe boxed set that featured a full drum kit for Eric and battery-powered lights, nine different coloured flashing lights. They were different variants of the Gene Simmons toy with blood down his mouth or no blood. A 12-inch version of the Demon toy was released separately (Again blood variants exist for this too).