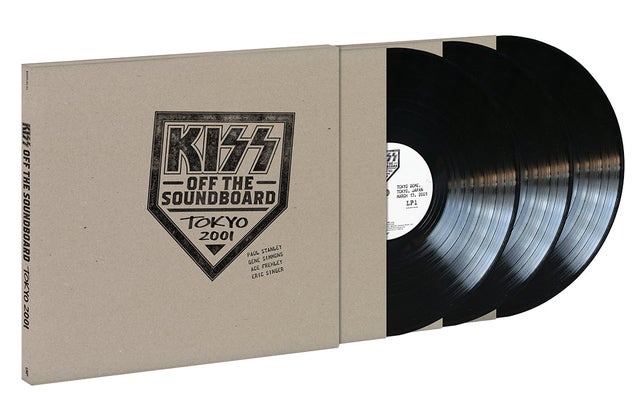 OFF THE SOUNDBOARD: TOKYO 2001

This first-in-a-series release features the band from their Farewell Tour of Japan in 2001 featuring Eric as the Catman filling in an absent Peter Criss on the Japan/Australian legs. This lineup only lasted until the end of the tour before Ace Frehley exited. Released on CD, black vinyl and coloured vinyl.