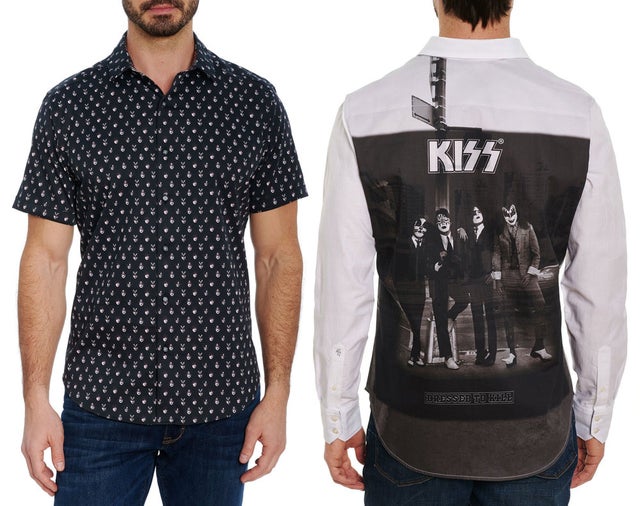 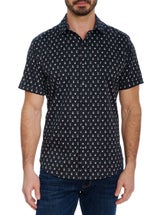 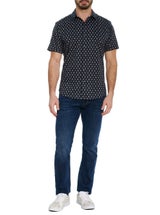 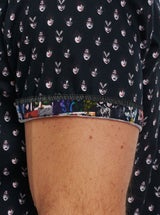 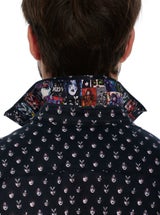 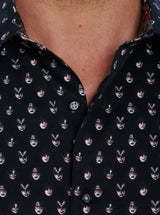 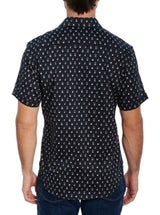 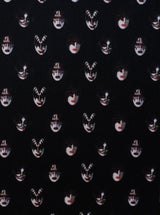 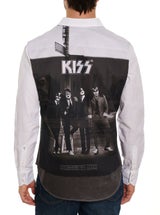 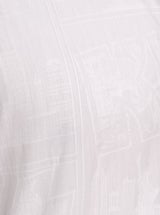 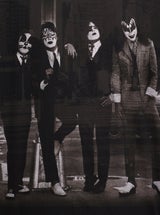 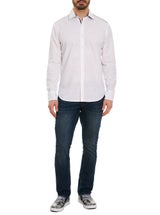 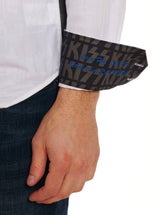 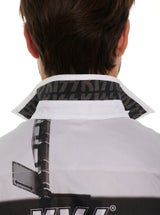 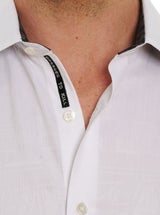 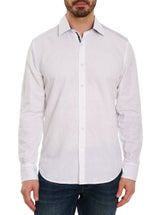 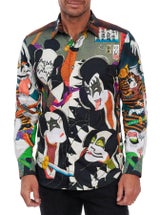 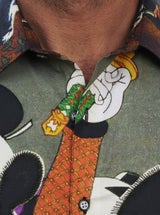 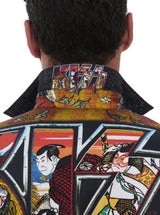 Three button-up shirts. The dark short-sleeved design was called 'Creatures Shirt'. Take another look: what appear to be dots on this satin stretch shirt are actually the SOLO ALBUMS image. Flip the cuff and the collar for an album art and concert scene. The white long sleeve 'sport shirt' was called 'Dressed To Kill'. The button placket featured DTK embroidery while at the back, the album cover art was superimposed over an energetic cityscape. Under the cuff was a metallic blue hand-embroidered tracklisting over a repeating band logo. The third uses the Japanese design seen around the time of their tour and Tokyo Expo