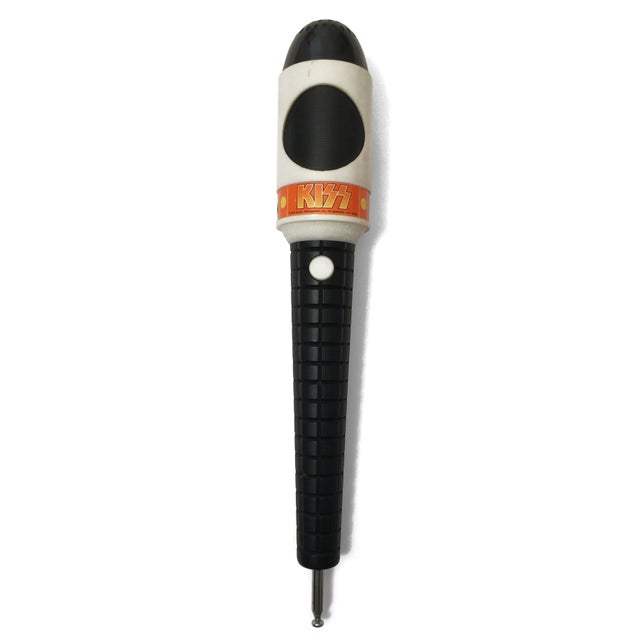 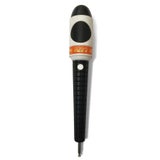 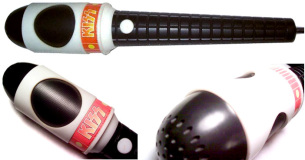 This microphone could transmit through an AM radio. May have been a Proto-type only as there only seem to be a few in existence. Says collector, Ken Shulek: “I’m sure it's authentic, the Aucoin trademark is moulded onto the microphone. I just can't believe that I never saw it when I was a kid, I would have begged for that one! Actually, my mom bought it for me as a Christmas gift back in 1989/90 and she actually got me a 9-volt battery to go with it! She paid $150 for the microphone at a place that used to be in Hollywood, called the Rock Store, where the owner bought tons of rock and roll memorabilia in the '70s and '80s”. JH Palace adds "Only two microphones were made. The AHI toy microphone and the Carnival toy microphone. The latter is used as well in the In Concert Set. The rest that you see out there claiming they are real, like those Remco ones, are fake."

Thanks to Ken Shulek for the info and extra pic and JH Palace for the additional info.