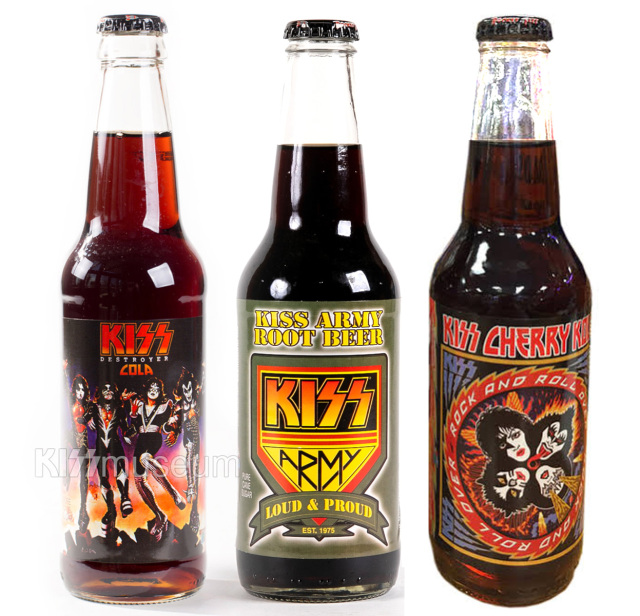 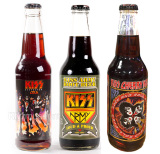 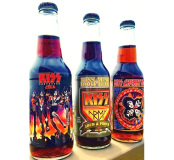 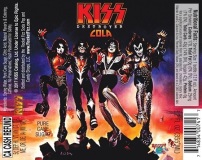 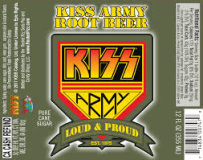 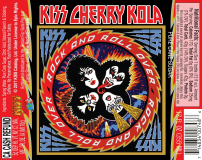 Officially released KISS soft drinks. First up a DESTROYER COLA: According to the company, the band “Changed their minds” halfway through the run to re-release the bottles as “KOLA” instead of “COLA”. Both versions were in plentiful supply so neither was rarer than the other. Two bottle sizes were also noted by purchasers with some bottles 9 inches tall the other 8 inches. This was swiftly followed by KISS Army Root Beer and KISS Cherry Kola (featuring the ROCK AND ROLL OVER motif)