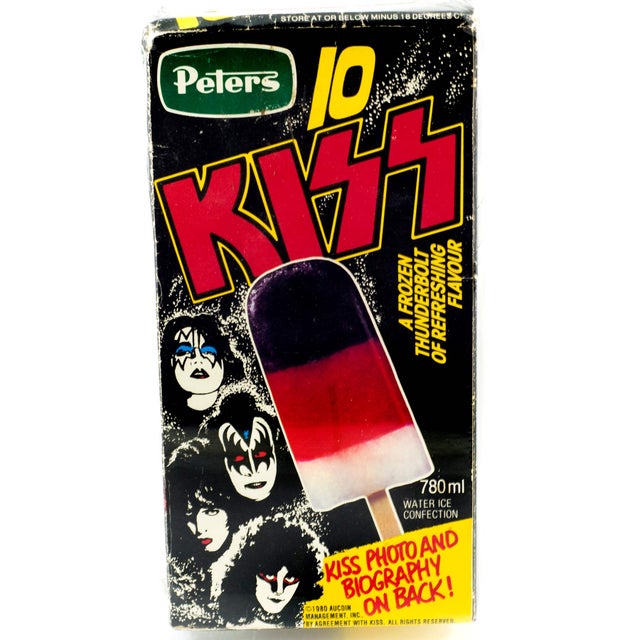 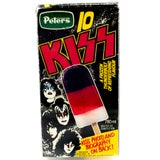 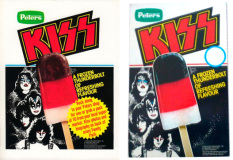 Released in Australia, these Ice Creams were sold in a box or separately. Each box had a mini-biography of each member, including Eric who had just replaced Peter Criss. And the wrappers themselves were black and featured a red logo and members faces. Beware of bootlegs created from the advertisement inside the UNMASKED tourbook. The ice blocks themselves? Lemonade, Raspberry and Grape flavour in case you were wondering.

Extra! In Western Australia, the Ice Creams were released by Pauls instead of Peters and the wrappers are the more valuable of the two

Thanks to Ian Foreman for the pic & info and Lloyd Kellet for the extra info!